The British Commonwealth Air Training Plan (BCATP) was one of Canada’s major contributions to the Allied cause. It graduated over 131,000 aircrew, almost 73,000 of them Canadians. 151 BCATP schools were established across Canada, with more than 100 new airfields constructed, thus becoming the world’s largest air training centre. U.S. President Franklin D. Roosevelt called Canada the “aerodrome of democracy”. 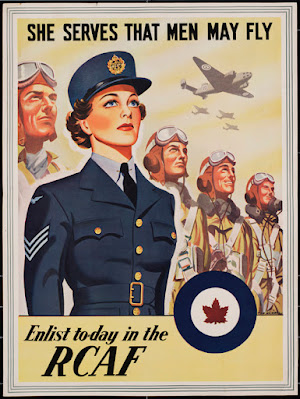 Because of the BCATP and its many training facilities, women were invited in July of 1941 to join the new Women’s Division of the RCAF to release men for combat. 17,000 eventually signed up, including a few of my characters.

Unfortunately, there was public prejudice initially that women in the Forces weren’t quite respectable. There were actually fewer unwanted pregnancies among the RCAF women than in the general population. 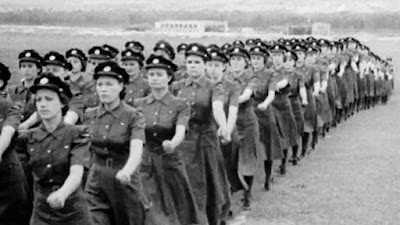 In part to dispel the myths about women in the military being immoral and as a recruiting strategy, the fledgling National Film Board made a 10-minute documentary in 1943 about the RCAF Women’s Division, called “Wings on her Shoulder”. The NFB docs were shown in movie theatres before the main attraction. This one is available for free viewing from the NFB online, and gives an excellent overview of the training and jobs that the women did. The RCAF Women or WDs, as they were called, worked in 69 different trades - everything from cooks and wireless operators to aircraft mechanics and operational clerks who plotted the locations of ships and planes, as shown here. 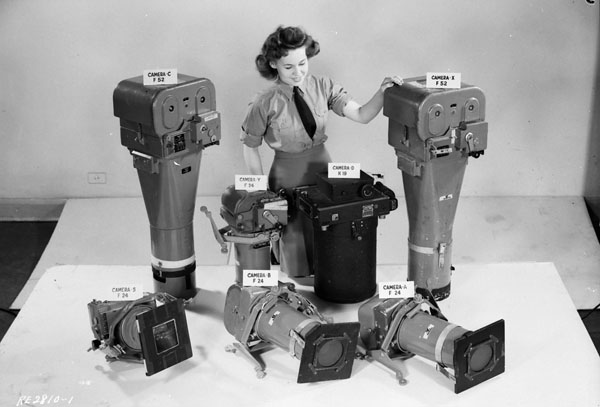 WD photographers dealt with aerial cameras that weighed up to 45 pounds. They had to install them in airplanes, teach the crews how to use them, and then develop the film. One girl said she would generally process 11 miles of camera-gun film a month. 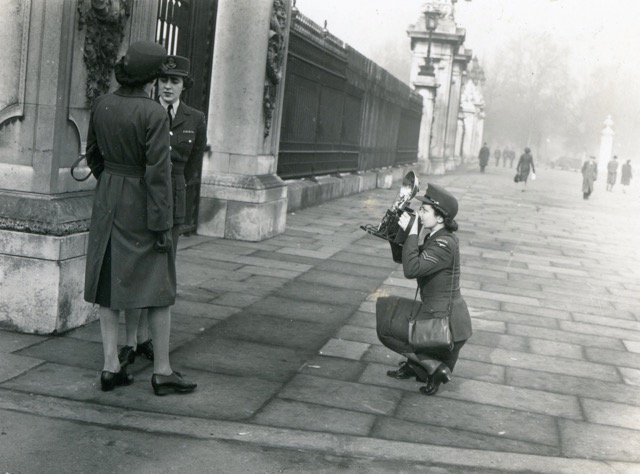 But they also documented the people and activities of the RCAF in Canada and Britain, including one of my characters. This looks like it’s outside Buckingham palace. The photographers stationed in London took photos of Canadians receiving medals from the King, and any other RCAF personnel and activities, including weddings. And taking photos of graves for the families back home. 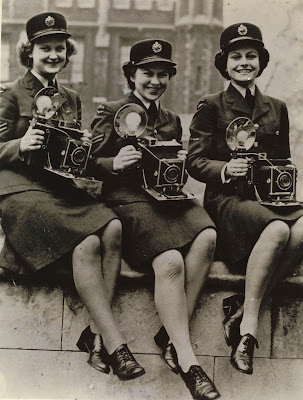 Here are three of the London WDs with their Speed Graphic cameras. But London was a dangerous posting. I have a WD photographer who is involved in a V-1 rocket attack in 1944 between the Air Ministry’s Ad Astral House and BBC’s Bush House. 48 were reported killed at the time, including several WAAFs  - the British equivalent of the RCAF,WDs – who had been sunbathing on the roof or sucked out of the windows by the blast. You can see one of the "lucky" WAAFs in this photo. Estimates are now closer to 200 deaths. 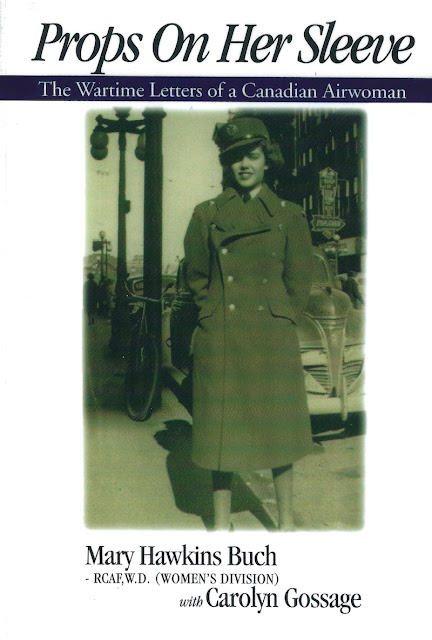 In the memoirs I read, it seemed that most of the WDs wanted to be posted overseas and earn the Canada flash on their uniforms, like this lady, whose letters to a friend in Canada provide priceless information about everyday life in the RCAF in Canada and Britain. 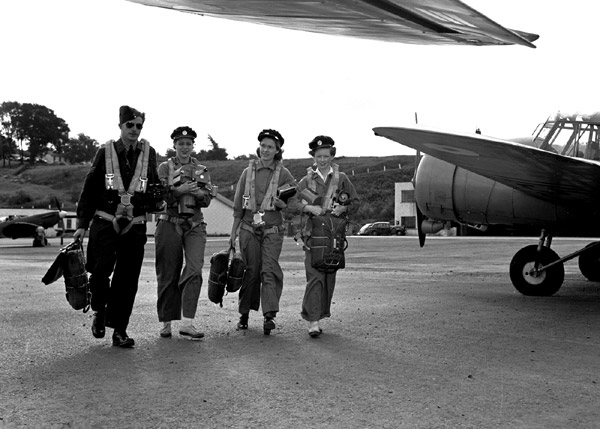 It was originally thought that it would take 3 women to replace 2 men, but in practice it was a 1 to 1 ratio in most jobs, and even 2 women replacing 3 men in some cases. Although they never earned equal pay for equal work, that did increase from 66 % to 80% of men’s wages over the years.

The WDs did a great service to our country, but many never spoke of their roles after the war, even though they thoroughly enjoyed themselves. A friend’s mother told me she was just "doing her bit", like everyone else.

Posted by Gabriele Wills at 7:32 AM